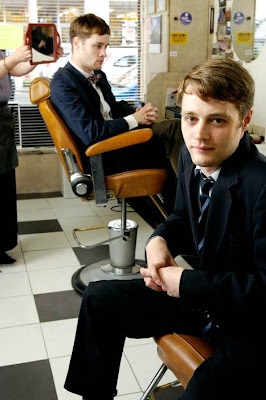 A few months ago I got an email from a reader called Sandy Fyfe, who was putting together a compilation of bands to raise money for the Yorkhill Children’s Hospital in Glasgow. His daughter Tallie Isabelle (named after the two Go-Betweens albums Tallulah and Liberty Belle and the Black Diamond Express) was ill there and he wanted to raise money to help others. She is now on the road to recovery.

It’s an impressive tracklisting of artists, including many favourites of 17 Seconds such as Ballboy, Wake The President (above), Ed Harcourt, De Rosa, Crash My Model Car…see this link for details of all 66 artists. There are a lot of scottish artists involved, so for those of my readers who like hearing about the scottish music scene, take a look.

For obvious reasons, I am not going to post music from it here (it’s a charity CD) but you can download all 66 tracks here for £6.49

The myspace site is here