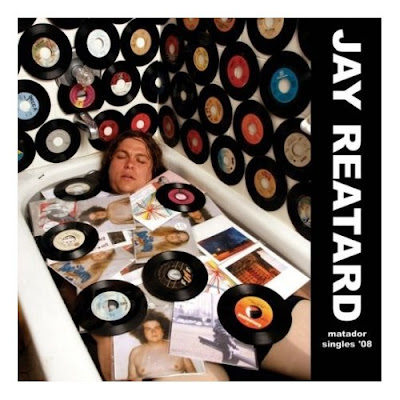 What is slightly different about this album by Memphis boy wonder Jay Reatard (just how many great bands can one label have?!?! -and it’s been a phenomenal year for Matador) is that each 7″ has been released in a succesively smaller run worldwide. Thus, April’s single #1 ‘See/Saw’ was released in a worldwide edition of 3,500, while September’s ‘No time’ was limited to just 400.

A hype gathering exerise for those who play e-bay like the stock exchange? Oh ye of little faith and much cynicism! The thing is that this actually realy works as an album in its’ own right. And whilst it is painfully cliched to say that an album works like a collection of singles…umm, well it is, but also, it does. The tracks flow together, and I’ve found myself playing this repeatedly over the last two weeks.

All eyes have been on the Kings of Leon as southern wonders of late, as they chart all four of their albums in the UK chart. But those eyes should divert their attention here. As Pitchfork pointed out, ‘in this short space of time, Reatard has cranked out more memorable songs than some alcts do in their whole careers.’ Know what? They’ve got a point. A wonderful confection of punk and garage pop-gems that still feels fresh and exciting on every listen. Dammit, what more can you ask for?

Matador Singles ’08 is out now on Matador.

(have now sorted out the links)