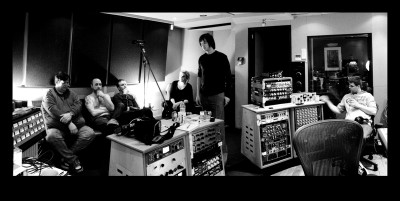 Many, many years ago, when the world was young (1997) there was a London record label called Nude, oh best beloved. And on that record label were three bands of note: Suede, who released five albums (including the best album of the 90s). There was Geneva (who came from Aberdeen and should have been bigger). And there was Ultrasound. They released one album…and split up. Not before making an impression on the world, not least the inaccurately named lead singer Tiny.

Their year of glory, 1999, also saw the emergence of a few bands still about today (Doves, Elbow, Muse and Coldplay) and their debut album, Everything Picture. They have reformed -and their new single, which will be released on Label Fandango (who also released an early single by 17 Seconds faves Broken Records) is out next month.

I was taken aback, too. Saw them once at Pulp’s Finsbury Park gig in 1998 (also featuring Bernard Butler, Catatonia and Add N To (X) amongst others)…maybe I’ll get to see them again.