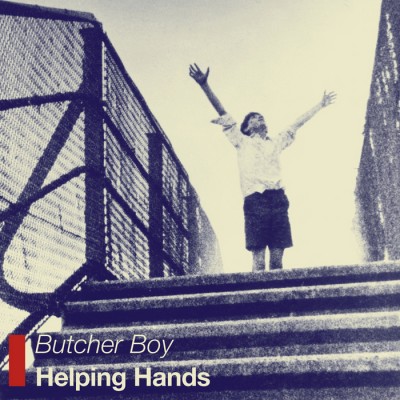 Reviewing Butcher Boy’s Eighteenth Emergency EP svereal years ago for Is This Music? I wrote that ‘the title track alone could make a hardened Glasgow ned cry into his Buckie as he waits for the last bus back from Sauchiehall Street. Even with his mates.’ And the thing is, the quality of music and songwriting remains just as high. It’s a mark of how good this album is that even the brief instrumental interludes on this album are brilliant, lovely and don’t feel like filler.

In 2011, it still appears that Belle & Sebastian are the Kings and Queens of Glasgow. With this set, containing as it does such fine songs as ‘Whistle and I’ll Come To You,’ ‘Parliament Hill’ and the single ‘Imperial’, Butcher Boy are seriously challenging for that title. Only the hardest of hearts could fail to fall for JOhn Blain Hunt’s poetic songs and awesome voice. THe album is also brilliantly scored.

If this album does not finally deliver them into the mainstream success that they have deserved since their first record, then that will be a travesty.

Helping Hands will be released on August 29.

Read my friend Jim’s review over at the Vinyl Villain