After a trio of fantastic singles ‘Footsteps’ ‘Looting Takes The Wanting Out Of Waiting’ and ‘The Waltzers’ (all included here), Bricolage have released their debut LP. And, like many of the best albums, it’s one that grows on you more and more with every listen.

Over the course of twelve songs, they set out their stall, and how. Whilst comparisons will, and already have been drawn with the Glasgow School of Indie circa 1981, this album benefits from songs that are tight without being overproduced, and echo Franz Ferdinand’s debut LP, as much as the early releases of those they have been compared to. The album has been produced by former Altered Images mainstay Stephen Lironi, and the 12 songs ’emanate a cinematic and literary glow that illuminates late night tales Glasgow’s West End’ (this last quote lifted pretty much wholsesale from their myspace).

make sure you get your hands on this album – as well as the aforementioned singles, tracks like opener ‘Bayonets’ and #Plots Are For Cemeteries’ are songs you’ll be wanting to stick on your iPod and compilation CD-Rs for a long time to come.

OK, I have written about Bricolage before on here, but with their debut album out next month, now is the time to big them up again.

As I noted yesterday, there is no sound more 2009 than the sound of 1982. Bricolage have been compared to the sound of Postcard records in 1982, and the spirit of that is all over the four  singles they have released so far. They will be releasing their self-titled debut on Slumberland in February.

There is something that affirms your faith in human nature and in music hearing these songs. And in these dark times, that’s exactly what we need.

Download the free mp3 at the bottom of this post, go and buy their other singles (try eMusic and iTunes) and get ready for the album which will be out next month. I’m going to run off down the road bouncing to them on my iPod. It may be January, but I feel like Spring isn’t far away when I hear Bricolage.

The singles they have released

Pop along and make friends with them at their myspace page

The Cure in 1980, circa Seventeen Seconds, their sophomore album which gave this blog its’ name.

Quite a few interviews done (and several still to be written up), a lot of music reviewed, a bit of ranting, and some nice words in the Guardian. It’s been a labour of love at times, but I’m grateful to the support I’ve had from readers, friends and family (not that these are necessarily mutually exclusive), and particularly the wonderful Mrs. 17 Seconds. She has waited patiently whilst I grappled with technology, for that five minute post that has turned into an hour, shared the frustration, and been as supportive as anyone could wish. When we met the Vinyl Villain in Glasgow a couple of months back, he quipped: ‘So what’s it like being married to an obsessive, then?’ to which she replied: ‘Well, everyone’s obssessive about something, aren’t they?.’ When I started this blog, we had yet to get cats…or even get married. Life, eh?

Some of my friends have asked if the blog’s raison d’etre is to publicise new scottish music. This is only part of it, but it’s definitely a part of it:

I’ve also enjoyed posting weird and wonderful, well-known and painfully obscure covers, and this is probably unlikely to stop. Hell, I’ve heard a lot of stuff since I started this. But it’s also enabled me to focus on stuff I loved before, too:

The Slits -‘I Heard I Through The Grapevine.’ mp3

This seems to be the most-downloaded track from the blog:

Many thanks is due to fellow bloggers who have put in links to this site, mentioned me, left feedback and got me in the position that I seem to get several people reading this blog per day. Whilst I would love this to increase, it’s nice to know that just because only a handful of people leave responses, people are still reading it. There’s too many people to thank, but heck, you know who are you, and may you have a nice glow inside for the rest of the weekend.

Should I focus on just one type of music? Well, no, my record collection doesn’t and I don’t see why the blog should. I’m actually rather proud that the blog has featured stuff including classical, jazz, hip-hop, disco, death metal…oh, and a fair bit of scottish indie, too. I’ve done a lot of posts relating to stuff that John Peel championed, and by way of very humble tribute, I’ve tried to keep alive in my own small way a highlighting of new music, and unsigned acts. But I despise snobbery, and I don’t see why I shouldn’t mention bands that are established and successful.

Anyway, enough of my ramblings. I’ve posted this before, but as it’s the song that gave this blog its’ name, it’s only fitting I should post it again. It’s lasted longer than the club night I ran of the same name. 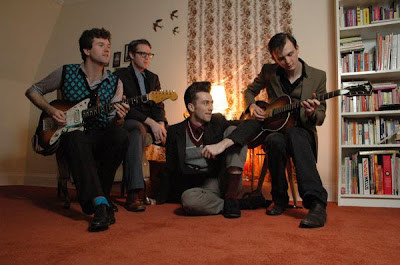 having done a post on one of Glasgow’s finest up and coming bands a few days ago (the well-received Wake The President) I here re-present Bricolage as yet another fine example of scottish indie talent.

I have yet to see them live (they’re playing Glasgow and London in the next wee while according to the blog, but not us folks here in Edinburgh) but after an excellent post by Matthew a few days ago over at Song, By Toad I relaised just how much I love them -and how anyone who hasn’t heard them yet should not be allowed to miss out:

There are two other tracks available to download over on their MySpace page, as well as downloading their three singles from iTunes or wherever else you can find them. 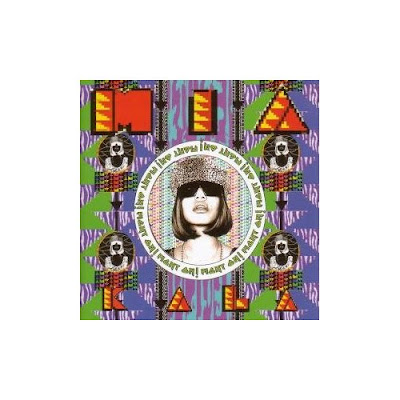 It’s November in Edinburgh, the shops are already getting Christmasy, and I’m very envious of any animal that gets to hibernate. Hey ho…

Anyway, how about some sounds for you? I’m trying to work out what my end of year best of list will include. It’s likely to be as last year with a festive fifty of tracks and this year more than just a top ten of albums. And then, of course, how do you decide how 43 is better than 44? The list -which is my personal list, rather than any fashionistas’, is likely to include Liars, Rihanna, Malcolm Middleton, PJ Harvey, Emma Pollock, The Shins, and Battles, amongst many others. It is probably unlikely to feature the latest albums by Hard-Fi or Low (which I looked forward to, then couldn’t get into).

These have also cheered up 17 Seconds Towers of late:

It may be worth letting any newcomers know that it certainly isn’t just indieindieindie round these parts though:

As always, these will be up for a week only (less if my bandwith gets exceeded). If you like the artists involved, please support them by buying their music, going to gigs and helping spread the word.