Some people might argue that all Christmas songs should be cheerful and upbeat.

I beg to differ.

Not that Christmas songs can’t be upbeat to be good – but Fairytale of New York is hardly cheery, is it?

And there’s these two.

Both sad, beautiful and Christmassy.

Obviously, the ‘Christmas in New York getting stressful’ market might seem to be cornered by both The Waitresses’ ‘Christmas Wrapping’ (which has enjoyed something of a revivial in recent years) and of course the Pogues ‘Fairytale Of New York.’

Mind you, I think this track by Cristina is pretty close:

…and this track gives early Madonna a good run for its’ money: 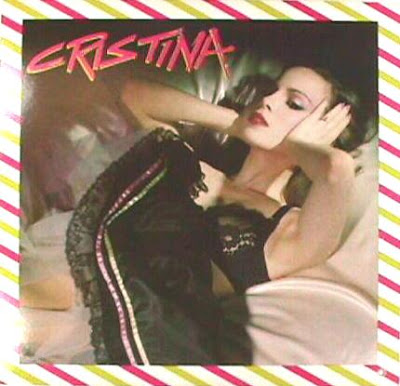 Cristina Monet, quite feasibly, in another world, could have been as big as Madonna.

Her contribution to the ZE Christmas Album is a wonderful tale of how, actually, Christmas isn’t always wonderful. It sits along such other gems as ‘Christmas Wrapping’ by the Waitresses (which idiot thought it would be a good idea to let the Spice Girls cover that song?) and ‘Christmas With Satan’ by James White…which I might post another time.
Cristina -‘Things Fall Apart.’ mp3

And, ok, it’s not Christmassy, but in another world it would have had the same impact as ‘Like A Virgin’: 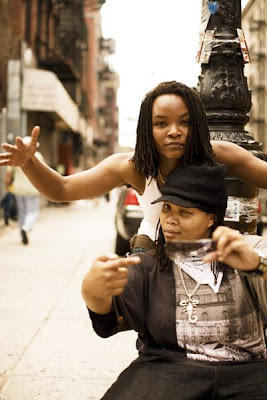 The two ladies above, Shunda K & Jwl. B are from the fabulous as anything
Yo Majesty. Yo Majesty hail from Tampa, Florida. In a world where some people make out that they are anti-establishment, but are pretty anti-anything that threatens the status quo (and Hip-Hop can be like that), Shunda and Jwl are more in your face than any one on the planet right now. They make great party music, and the YO! EP is available at eMusic now. If Club Action doesn’t have you punching the air in delight, then too bad.
Oh, and they’re both Lesbians, and fiercely out about it. Get your ears round this:

Mean while, I spent years trying to work out what this song was, and who was responsible for it. Turns out it’s by someone called Cristina, who was part of the New York scene in the early eighties. This track doesn’t sound dated at all, and could slay a club tonight:

If you like what you hear, go and investigate and support the artists involved!

Hope you are having a good weekend, Ed