This is, amazingly, Eels’ tenth album, in a line that started off with the excellent Beautiful Freak over fifteen years ago. Back in those days, Eels were a band rather than the vehicle of E (Mark Oliver Everett to his parents), but Eels has developed in time from being what would have been described as an ‘alternative band’ (who, nonethe less had several chart hits in the UK) into a being a vehicle for E’s fantastic songwriting. Hell, when a songwriter’s songwriter like Tom Waits is quoted as saying ‘I eagerly await each new release’ you must be doing something right, er, right?

Well, make no mistake, E still has plenty of ideas and no shortage of great songs to share with his listeners. Before Christmas, when the cool-as-you-like ‘New Alphabet’ started doing the rounds as a track, it was a sign that this was an album worth watching out for, and so it has proved.

Sure album opener ‘Bombs Away’ and ‘Stick Together’ might be amongst the standout songs here, but over the course of the album, the quality remains that high, with new things revealing themselves to the listener on successive listens. With an album this good, it’s not just Tom Waits who’s awaiting the next release.

Wonderful, Glorious is out now on E-Works

I feel a bit mean in a way that I’ve kind of lost track of what the Eels have been up to over the last decade, because songs their first three albums certainly soundtracked my early twenties. So if people would like to recommend me where to go, that would be great. Beautiful Freak will hopefully be reappraised in the no doubt inevitable 1990s revival.

Eels -‘Christmas Is Going To The Dogs.’ mp3 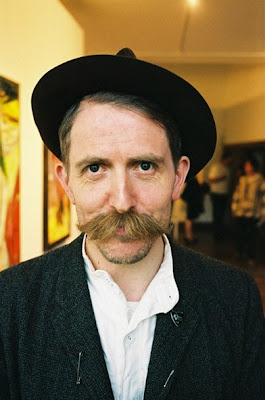 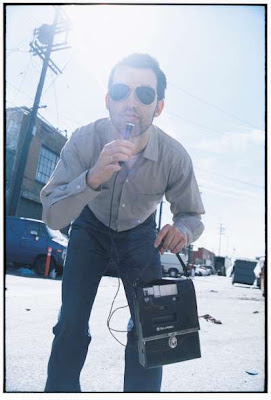 Well, term finished today, and I’m pretty brain dead. To say nothing of going Christmas Shopping, and finding the streets of Edinburgh full, and I kept running into kids I teach…however, I did finally manage to get a vinyl copy of Malcolm Middleton’s ‘We’re All Going To Die.’ (Fopp in Edinburgh still have copies, if a) you want one and b) you are in a position to get there).

I was also very flattered yesterday to get an email from a reader, Ryan, in California, who said it would really make his month if I featured his song on one of my Christmas posts.

Well, why not, seeing as his band Ten Thousand Dollar Tattoo (and that link leads to his MySpace) are pretty damn good, and I’m up for featuring new stuff:

First up, the Eels (picture of singer E above):

Eels -‘Christmas Is Going To The Dogs.’ mp3