Hello from the greater Edinburgh area, where I seem to be fighting some hideous virus in the run-up to Christmas. Not much fun…

As I’ve mentioned numerous times on the blog, 1992 was the year the Wedding Present released a 7″ a month, the A-side an original, the b-side a cover. So for December 1992, the a-side was an original ‘No Christmas’ and the b-side was a cover of Elton John’s 1973 single ‘Step Into Christmas.’ These two tracks can still be found on the Hit Parade compilation, which pulled together all of the releases.

Not the only time the Wedding Present have alluded to Christmas, of course.

In 2008, they released the rather wonderful ‘Holly Jolly Hollywood’ single, and as far as I can tell, this is also still available.

Meanwhile, David Gedge and co. have announced that September 2, 2016 will see the release of the new Wedding Present album, entitled Going, Going…, for more details of which you can read here 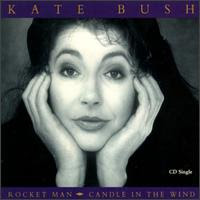 In 1991, a compilation was released featuring the songs of Elton John and Bernie Taupin. Amongst it’s contributors were many whose continued existence flew in the face of everything that punk rock had stood for (Clapton, Rod Stewart, Phil Collins etc..) but one name shone bright above the stodge. Kate Bush.*

Bush had long been an admirer of Elton John, and understood – as I hope you do – that the man has written some fantastic songs. Whatever else is written about the man, in his lifetime he has written songs that are fantastic. Sure, he’s been responsible for some drivel (Nikita, Runaway Train, Can You Feel the Love Tonight, Candle in the Wind ’97 was abominable, but then at least Elton didn’t jump the shark after his second album (hello Oasis)). So, given that an up to date Kate Bush best of has yet to appear (yes, I know there was The Whole Story, but that was 1986) I present the two covers she recorded. Oh, and a fanastic Elton Song, that made the soundtrack of Almost Famous, and was also covered by Ben Folds.

Kate Bush-‘Candle In The Wind.’ mp3

These links will be up for one week only. Enjoy, and if you like what you hear, support the artists through your local record shop.

* The album in question was called Two Rooms. I don’t own it.