As lead singer of Echo and the Bunnymen, Ian McCulloch has been responsible for some of the greatest music of the last thirty years. Ocean Rain, the Bunnymen’s fourth album from 1984 is in my all time top five (along with Revolver, Disintegration,Low and Parallel Lines). He has also produced three solo albums so far – Candleland, Mysterio and Slideling (I rate the man’s music but I think I’d rather gloss over his reading of ‘September Song’ released as a single in 1984).

Anyway, ‘Mac the mouth’ as he was dubbed in the 1980s is shortly to release his fourth solo album, Holy Ghosts, a package of two albums within one. This will be released on April 22. The first one is a live album, recorded in May 2012 at London’s Union Chapel (nice venue, I once saw The Delgados playing there with Six By Seven, back in the midsts of time) which features Ian Broudie on guitar and was produced by Youth, Mac keeping his post-punk links going. The second disc is his fourth solo album Pro Patria Mori. *

The version of ‘Bring On The Dancing Horses’ sounds lovely.

Meanwhile, I was certainly pretty excited to learn that Echo and the Bunnymen are on a co-headlining tour with James next month:

I have seen both acts live several times – and even in big venues they still kick ass!

* Just in case you have even less Latin than I ‘Dulce et decorum est pro patria mori’ – ‘it is sweet and right to die for your country.’ 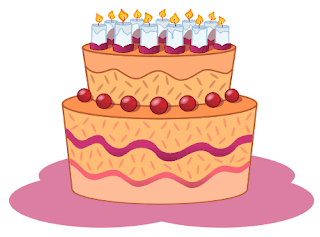 well, it’s continuing to be a journey as I get my head around the technology, but I thought I would give you ten great tracks from five great bands, to celebrate my 150th post here at 17 Seconds.

First of all, what better way to start than the song that gave this blog its title and the first hit for my favourite ever group The Cure

Next up, rumours have been flying across the blogs that these guys might reform. Having missed them thr first time round, it would be kinda cool… The first track is from their debut ep Ride, and the second is from their debut album Nowhere. The coda on Vapour Trail is just gorgeous.

These guys have gone from squat punks to post-punk visionaries to new pop to hip-hop to…still bloody amazing. This is their first single, from 1978 and their excellent 1981 single, which features the keyboards of one Robert Wyatt. bear in mind, if you haven’t heard any Scritti pre-‘Wood Beez’ you may be takken aback.

You can never have too much Scottish indie (certainly not as far as this block’s concerned!), so the next brace is the first two Orange Juice singles, released on the seminal Postcard label:

Finally, one recent purchase was the first two, re-issued Ian McCulloch albums, now re-issued on CD with bonus tracks. The first track here is the album Candleland‘s first single, and the second is a re-recording featuring none other than Elizabeth Fraser of the Cocteau Twins. Enjoy!

As always, support the artists involved. These links will be up for one week only. Cake, anyone?