OK, so we were supposed to get a new Cure album this year.

Unless they do a My Bloody Valentine in the next two weeks, I think we are going to have to assume that isn’t going to happen.

Back in 1987, on the Kissing tour, The Cure finished their gig with a take on Slade’s perennial Christmas fave ‘Merry Xmas Everybody.’ I don’t believe this was ever commercially released but for fun, here it is.

A few years later, The Mission recorded a version under the name the Metal Gurus, which was commercially released, so for more fun, here you go! 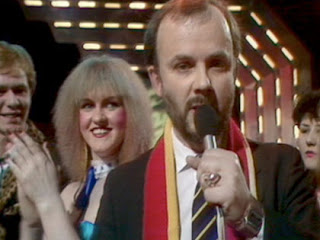 1986 was the year I got into music. However, being nine years old at the time, the records I loved then (with the exception of The Housemartins and Madonna) was not stuff I love now. Like a lot of nine and ten year olds I tended to be influenced by chart fodder -and that’s probably true of most kids today (for any smug so-and-so’s reading going ‘Oh my kid got straight into The Velvet Underground and Yo La Tengo and never listened to chart crap!’ you are the exception. And do you really think this helps them fit in?)

Anyway, one band I did hear a brief clip on Top Of The Pops of was The Mission. I had no conception of goth or indie culture, and I only knew Peel as a TOTP presenter. But the song ‘Stay With Me’ did do that and when I hit my teens I sought out more of The Mission’s stuff.

Wayne Hussey’s band had formed when he’d left The Sisters Of Mercy; the only Peel Festive Fifty entry they had was 1986’s ‘Serpent’s Kiss.’

I first encountered Peel’s favourite band The Fall on a programme called the Roxy which ran in 1987-8 on ITV. (It was clearly meant to be ITV’s answer to TOTP). The track in question was ‘Hit The North Part 1.’ Since Brix Smith had joined the band a few years earlier, the band had a poppier element and were starting to edge into the lower reaches of the charts. I’ve posted Hit The North part 1 before…so why not post two tracks from the then-most recent Fall album, 1986’s Bend Sinister:

I’m now just four tracks from completing the 1986 Festive Fifty and I wondered if any of my readers can help with the following:

Age Of Chance -‘Bible Of the Beats.’
The Fall -‘Lucifer Over Lancashire (Theology mix)
FSK -‘I Wish I Could Sprechen Sie Deutsch.’
Mighty Mighty -‘Is There Anyone Out There?’

And if anyone can help with Bogshed or Big Flame stuff, please get in touch…no luck on eMusic or iTunes…