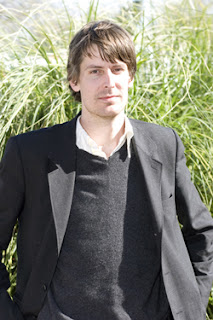 Now I’m getting the hang of this! Trying to unwind and flicking through the stuff I have uploaded to my Ipod has reminded me that I really need to post this track to the blog, because as the second single of the former Pavement frontman’s eponymous debut in 2001, it was a sign that Stephen Malkmus could go on to do great things. This was one of my favourite songs of 2001, the year I moved to Scotland. I never forgot this, but I feel like I have re-discovered it again over the last week or so…

from that Eponymous debut:

Stephen Malkmus & The Jicks -‘(Do Not Feed The Oyster.’ mp3

and from last year’s Face The Truth:

As always, if you like the stuff, please support the artist involved, either by buying at Amazon or on iTunes or at your local record shop.

All three albums are worth owning, though I love the first the most perhaps. And obviously, check out Pavement and Pavement guitarist Spiral Stairs’ band Preston school Of Industry. Maybe that might just be another post… : )