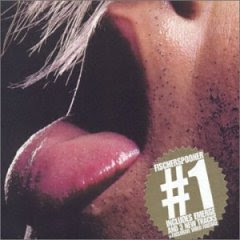 ‘ Fischerspooner are the best thing to happen to music since electricity’ gushed NME, upon the re-issue of this album in 2002. Whilist ‘Emerge’ did become a minor chart hit, the duo of Casey Spooner and Warren Fischer (hence the name, yes?) never quite got the acclaim they deserved. Maybe it was because of the fawning critical praise that turned to embarassment rather quickly, with Casey’s larger than life comments (He famously was quoted as asking who he would need to offer, er, sexual favours to to get on the cover of the aforementioned magazine. The act were seen as being part of ‘Electroclash’ , that much maligned elctronic sub-genre, still sneered at by certain people, not impressed by the massive deal with Ministry of Sound for a record deal.

It seems that people let the image get in the way of the music. Certainly, it was the sheer joy of hearing this album that opened me up to more ‘electronica’ type sounds, and 12″s by the likes of Felix Da Housecat, Playgroup and Tok Tok Vs Soffy O started appearing in my record collection not long afterwards. Listening to this album in its entirety reminded me, not only of how good it is, but how it belongs to a line of great Electronic albums that would include Kraftwerk’s Trans Europe Express, New Order’s Power, Corruption and Lies and the Chemical Brothers’ Surrender. Records you can dance to, with a darkness there, and a punk energy that the band were briefly praised for, though then sneered at. the prevailing mood in music at the time was the so-called ‘New rock’ revolution, and back in 2002, the likelihood of either ‘New Rave’ or even that a Post-Punk revival could be commercially successful seemed unlikely. This album has dated well, and like many albums may have suffered from being in the wrong release date. Ah well.

They are still going and their second album Odyssey was released in 2005. The album is still available (a vinyl version is going for £30, so someone out there must like it apart from me), and their official website is here.

Give these mp3s a try, and see what you think…

If you like what you hear, go and buy the album, preferably from your local independent record store. These links will be up for one week only.