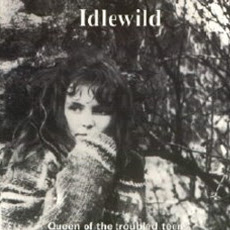 From little acorns…This was Idlewild‘s very first single. Raw as anything, the sheer joy of this single remains ten years later, as well as an amazement of how much they would develop over the years. The lineup for this single was Roddy Woomble on vocals (sounding very American here!), Rod Jones on guitar, Phil Scanlon on bass and Colin Newton on drums. Roddy’s sister Kirsty is the girl on the front cover, though she isn’t credited.

Of course, as the years would pass they would get magazine covers, Top of the Pops appearances, sign to an EMI subsidiary (since left!) and Roddy would make a folk album. And Wim Wenders would direct the video for their 2002 single ‘Live In A Hiding Place’.

This single has long since been unavailable and rumours of it changing hands for £50 are true (not me, I bought it not long after it came out!) It comes up on ebay occasionally, so good luck hunting. In the meantime though, here are the three ssongs from the single: