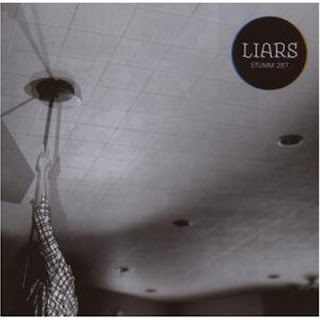 So the fourth Liars is upon us. Rumours have been flying around that this one will be more guitar-orientated, which some people have been interpreting as meaning that it might be more, uh, easier to listen to, and, you know, songs and stuff.

Well, anyone expecting them to be sounding like the Strokes will be disappointed, but this is perhaps the most accessible of the four albums that the New York trio have produced. As always there are a lot of hints of the No-wave New York scene of the late seventies, but this time there are also hints of those ultimate seminal guitar works Psychocandy and The Velvet Underground And Nico. There are songs, the rumours were right, and whilst the abrasiveness appears to have been turned down, the experimentalism that has made them so rewarding so far remains. Lead off single ‘Plaster Casts Of Everything’ opens and sets the tone along to closer ‘Protection.’ Some will invariably yell sell-out, but this is a good place to start investigating the Liars.

From Drum’s Not Dead

From They Were Wrong, So We Drowned.

These links will be up for one week only. If you like what you hear, please support the artists through your local independent record shop.