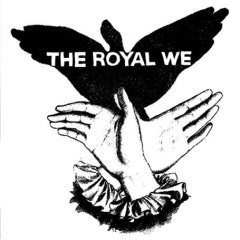 The case for the prosecution

M’lud, for starters, this is an eight track mini-album. The singer of this six-piece Glasgow-based band, Jihae Simmons is actually from LA and according to no other document than her press release grew up with an idealised image of Glasgow, gleaned from the lyrics of Belle and Sebastian and Orange Juice. This is utterly idealistic; I taught on the south side of Glasgow for a year, and believe me, the kids were nothing like the cutesy, twee, anti-macho images those bands suggested. Lots of wonderful kids, and quite a few headbangers, but they were either wearing all black, or Adidas tracksuits. The band are clearly devastated that they formed too late to be on neither the C-86 tape nor the Rough Trade Indiepop 1 compilation. They are old-school indie, but old-school indie by numbers, and they split up on the day that this, their first album was released. This is too contrived to be true. They dress in a cutesy way that is just painful to behold.

The case for the defence

m’lud, I can’t help thinking that m’learned friend has actually missed the point somewhat, here. Yes, it’s an idealised image of Glasgow but one that I too had (until no less an authority than Stevie Jackson of the popular beat combo Belle & Sebastian pointed out to me that the stories on the back of their records were just that. Stories). And yes, there’s bits of Belle and Sebastian there, but I also hear Sons and Daughters, The Raincoats and even Roxy Music. At eight songs, there is no filler, and the closing song, a cover of Chris Isaac’s ‘Wicked Game’ works perfectly. And if they dress ‘cutesy’…that’s got to be an improvement on the adidas tracksuits that soiled indie in the nineties, isn’t it?