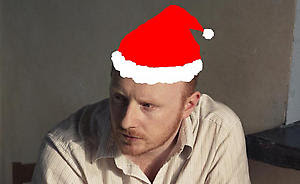 Current promotional poster for the tour (below) 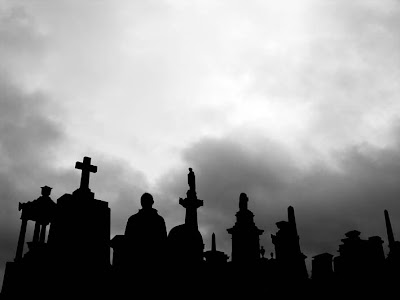 I think it started a few weeks ago, for me at any rate, when I got an email from Mike over at Manic Pop Thrills. Mike had got a campaign going to get Malcolm Middleton’s latest single ‘We’re all Going To Die’ to that most hallowed of chart positions in the UK, the Christmas No.1.

It seemed a gargantuan task. how could a handful of scottish bloggers take on the might of record execs? But with Mike’s pieces on the matter, a post or two from me on it, and perhaps more effectively, the support of DJs like Steve Lamacq and Radio 1 DJs like Colin Murray, Scott Mills and Edith Bowman has seen considerable progress for the campaign. By the end of November, the odds on it being the Christmas No.1 had been shortened from 1000-1 (the longest odds William Hill had ever given on a Christmas No.1) to 12-1, the fourth favourite.

I was extremely flattered when I found a quote from me on his official website:
” Also important is the fact that the song will be up against X-Factor winners, whoever they will be, and so this is also about the battle for good against evil, socialism versus capitalism, the scottish cult indie musician versus a global terror perpetuated by Louis Walsh and Simon Cowell.”

But has it got out of control? Could it perhaps backfire? Mlacolm has never had a UK Top 40 single before, but could it get ridiculous? I gave Malcolm a ring on Friday morning to find out how it’s going and his plans for 2008.

” Things seem to have gotten out of hand, that it’s snowballed,’ he says, somewhat puzzled at all the attention this far into his career that he’s suddenly had over the last month. ‘But it would be great to have an impact. I’m just worried that it’s going to do more harm than good.”

He’s delighted to have made the daytime playlist at Radio One. Over a decade after Grunge and Britpop challenged the perception in the UK of what could get played at Radio One during the day, artists like Malcolm Middleton were traditionally the preserve of the evening specialist shows, like the Evening Session and the late, great John Peel.

Of course, the release of the single crowns of what has been a very busy year for him. Having moved from long-time record label Chemikal Underground to Fulltime Hobby to issue his third solo album A Brighter Beat, he’s received some fantastic reviews across the blogs and the print media. Not that this translates into huge record sales.

‘I’m cynical of how the media works,’ he says, not unreasonably. ‘I get good reviews but that’s where it ends.’ After all, a single of the week in NME is no more a guarantee of a ‘hit’ record than a handful of bloggers praising the record. Ultimately, the general public have to actually go and buy it.

I ask how he feels 2007 has gone. ‘I think it’s gone okay. To me, A Brighter Beat‘s the best thing I’ve ever done. Part of me worries [that the campaign to get the single to no.1] could do more harm than good. I’m not used to being part of the mainstream.’ I ask him if he thinks the campaign has been good for sales of the album. ‘To be honest,’ he says, ‘I think the album’s success is more down to word of mouth.’

Not wanting to focus on current developments, I ask what he’s up to next year. He’s certainly not going to be letting the grass grow beneath his feet. In February, Fulltime Hobby will issue a new mini-album by him called Sleight Of Heart. The album, which he describes as acoustic, will feature six new songs written by him, and three cover versions: Jackson C. Frank’s ‘Just Like Anything,’ King Creosote’s ‘Margeurita Red,’ and Madonna’s ‘Stay,’ originally from her Like A Virgin LP.

Both in Arab Strap and solo, he’s chosen some interesting cover versions, and this blog got a lot of interest when it featured Arab Strap’s covers of AC/DC’s ‘You Shook Me All Night Long’ and Van Halen’s ‘Why Can’t This Be Love?’ Both of these songs were classics in the Heavy Metal genre, but done by Arab Strap they were utterly re-invented; stripped of their bluster, there were songs beneath the pyrotechnics and bluster. ‘It was easier doing cover versions in Arab Strap,’ Malcolm says. ‘Solo, you mustn’t do karaoke versions.’

Speaking of Arab Strap, it was a year ago that the decade long partnership of Malcolm and Aidan Moffat as Arab Strap came to a very amicable end as they went their own separate ways. Have they been in touch recently? ‘Oh yeah, Aidan’s still a mate.’ What does he think of A Brighter Beat? ‘It’s a bit over-produced for him!’ Perhaps surprisingly, though, he hasn’t spoken to Aidan about the current campaign for the single, as he’s too embarassed about it.

Still, whilst he doesn’t think the single’s going to go Top 40, he seems to be touched by the attention he’s receiving and thanks me for the coverage. He deserves it; but let us hope that whether the single reaches no.1 or 101 that it will bring him to a wider portion of the listening public.