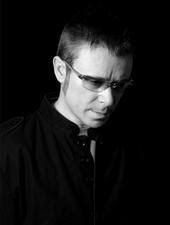 Nearly thirty years since he first rose to prominence in Josef K, Paul Haig releases his tenth solo album. Mining the electonica that has characterised much of his solo career, this album -as it’s title suggests – focuses on what happens when you go out, in a world of violence, CCTV and crowded nightclubs. That isn’t to suggest that the album is full of urban paranoia, like a scottish take on Grime, for example, but rather that lurking belief the deceptively simple electronics lurks and beats a darker, more watchful heart than might be suggested by a casual listen.

If you think that Haig has well and truly long abandoned the choppy guitar riffs that characterised his work with Josef K, the sound now known as post-punk, there are still hints of that here, on opener ‘Troublemaker’ and first single ‘Hippy Dippy Pharmaceutically Trippy’. The electronica may not be startlingly original, but apart from ‘Fantasize’ it doesn’t descend into aural wallpaper.

Thirty years into his musical career, though, Paul Haig ably demonstrates that he still has plenty to say, both musically and lyrically, and that he deserves to be remembered for more than Josef K.

From Go Out Tonight:

…and a Josef K classic: