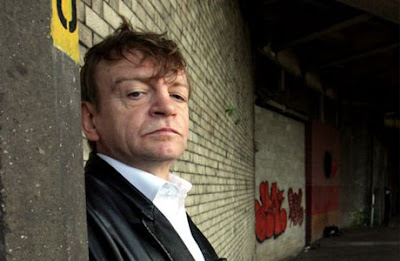 ‘There are apparently some people out there who don’t like The Fall. I spurn them with my toe.’ John Peel

I’m two days away from the school term finishing. I’m currently more upbeat and optimistic about both my working life and my profession than I have been for a long time. The blog is apparently still being read by people, and I’m also getting a lot of people contacting me about featuring bands (I haven’t stopped doing this, you understand, but it reached the stage where I had thirty band wanting to be friends with me on MySpace and I was trying to give them the benefit of the doubt). I’m still trying to wake people up to older stuff too.

Anyway, here’s three tracks from the legendary Mark E. Smith, one with last year’s collaboration with Mouse On Mars as Von Sudenfed, one a collaboration with the Inspiral Carpets (and his second Festive Fifty no.1) and a classic from The Fall:

If you have never bought a Fall album, shame on you, I recommend This Nation’s Saving Grace for a studio album, and 50,000 Fall Fans Can’t Be Wrong as an introductory compilation. In the words of Mr. Smith himself ‘Noteboks Out, Plagiarists!’