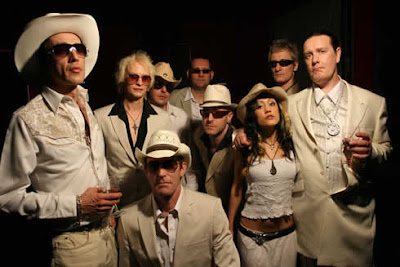 We thought we had it all in the mid-nineties. Around 1994, 1995…Britpop ruled the world of us British indie kids. Exciting music while it might have owed a debt to the past (let’s face it, music is not made in a vacuum) and we felt we’d won, when our music was being played on daytime radio. Despite what some will tell you, Britpop was not just W.A.S.P.y boys, but people from all backgrounds making music – Elastica and Echobelly were radical in terms of their make-up. There was light at the end of the tunnel, or so we thought, with the hated Conservative regime looking like it would finally come to an end.

But in August 1997, when Tony Blair and Noel Gallagher were photographed at Downing Street we were being sold out politically and musically. Blair didn’t turn Britain into a socialist Utopia, and Oasis never regained what had made them so vital in their first three years. So what came into the void?

Well, in terms of UK music, as Britpop fell apart and Drum ‘n’ bass went back underground, it now appears that what the music press all too briefly focused on was far more important and it took place in South London. Two acts, Asian Dub Foundation and Alabama 3 provided the yin and yang of each other, and produced records that were deeply exciting that drew on music that came from all around the world. This forthcoming greatest hits set from Alabama 3 shows that the band famously describved by Irvine Welsh as the ‘first band he could dance to in the daytime hours without chemical assistance’ have amassed a wealth of material in the last decade or so that is shaming on the music press for forgetting about them.

Alabama 3 took parts of country and western, dance music, gospel, smaterring of hip hop and a hell of a lot of punk attitude and made fantastic songs. They called Brixton their spiritual home (their debut Exile On Coldharbour Lane is a reference to one of the main thoroughfares in Brixton). These men and women keep alive a true outlaw spirit, equal parts Johnny Cash and Joe Strummer, not least because Harmonica player Nick Reynolds is the son of Bruce Richard Reynolds of the Great Train Robbery of 1963.

Even if you only hold this CD in your hand and then listen to the songs knowing nothing of the above, this serves as a fine introduction (and a nagging reminder to this author that he needs to investigate even more too). ‘Woke Up This Morning’ is perhaps the band’s best known song, and is included here (The press release undrelines that it has not made the band as much money as people think. Larry Love is quoted as saying : ‘The only swimming pool in my back garden is made of plastic’). As is their fantastic cover version of ‘Speed Of the Sound Of Loneliness’. As is almost law for greatest hits sets, there are two new tracks, a collaboration with Orbital on ‘Ska’d for Life’ and an Arthur Baker mix of ‘Mansion On The Hill.’

This greatest hits set also, at eighteen tracks, does what can be a hard feat: namely, that the songs feel fresh and makes you feel that they have considerably mroe to offer us yet.

Hits and Exit Wounds is released on One Little Indian on April 21.