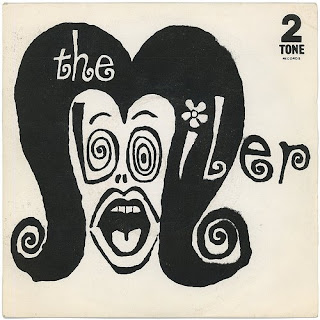 Music in polls can be a funny thing. Leaving aside the whole issue of bias, it’s weird what comes up. In a poll for the Guardian, this song came third, perhaps predictably behind Suicide’s ‘Frankie Teardrop’. In 1982 it was no.8 in the NME Writer’s Top 50 singles of the year, beating New Order’s Temptation, Dexy’s Midnight Runners ‘Come On Eileen’ and even ‘My Baby Just Cares For me’ by Nina Simone.

In fact, most people would feel that the definition of a great single was one that was designed to be played again and again. And I would agree.

This single is pretty much the exception that proves the rule. Back in 1982, after the Specials had split, with the Fun Boy Three being formed. Jerry Dammers had formed the Special AKA who a couple of years later would make one of the greatest protest songs ever, in ‘Free Nelson Mandela.’ This was the first post-Specials single, and managed to make no.35 in the charts, which considering it’s content was no mean feat.

Featuring Rhoda Dakar, previously of The Bodysnatchers, it’s a track that is harrowing in the extreme. An excellent article here at Sweeping the nation sums it up best.

The song is spoken, not sung, and certainly not rapped. It deals with the story of a woman, with appalling low self-esteem who’s picked up by a guy in clothes shop, takes her clubbing and then attacks her.

In Gary Mulholland’s superlative This Is Uncool: the 500 Best Singles Since Punk and Disco, he writes that he bought it, played it once, freaked out and played it once again when writing the book. He mentions that this song about rape – which horrifies the listener even more than Tori Amos’ autobiographical ‘Me and a gun’ – had been released into an environment where a judge had accused a rape victim of ‘contributory negligence’ (sic) for hitch-hiking alone before an attack. No, your honour, nothing but nothing justifies this.

I post this, certainly not to shock, but because I was reminded of it whilst reading a post on the Specials over at Teenage Kicks and, even more importantly because everyone should hear this at least once. I’ll understand, though, if you feel you can’t face it, or feel you want to delete it afterwards.

Rhoda with the Special AKA -‘The Boiler.’ mp3