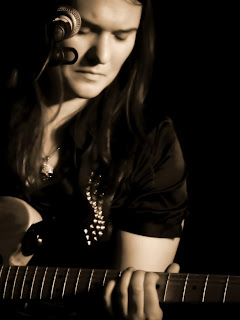 What would you expect Rose kemp to sound like, if I told you that she was the daughter of Maddy Prior and Rick Kemp from Steeleye Span, the legendary British folk band? Well, once you would have been right, and she did once make an album of accapella folk singing with her mother. But she’s signed to One Little Indian, and kicking a serious amount of behind.

One Little Indian, bless their hearts, tipped me off about her…and on the evidence of this track, I’m glad they did. One for those who like their rock loud, angry and sounding intelligent, without self-indulgent.

Give this track a listen. And as ever, let me know what you think!