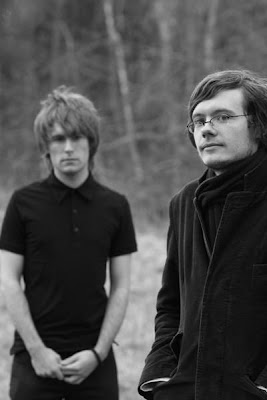 As I try and work through that pile of CDS I have been sent, it’s time to share an absolute gem with you.

Worried About Satan released their second EP, entitled ‘EP02’ last winter (yes, I know, but it only got forwarded on to me subsequently) and it has to be heard. This band mix electronica, post-rock, techno and heaven knows what else inbetween.

To reach for things I could compare it with…oh Autechre, My Bloody Valentine, Mogwai…but that’s just scratching the surface. Dubstep…much of the catalogue of Warp records…Early Sonic Youth…where’s that damn thesaurus?

This two-piece band do play live, though I don’t see any dates north of the border yet. They are ethereal at times, yet at other times I’m reminded of prime ’90’s jungle. Sometimes in the same song. If you enjoy dubstep, the EP was remastered at the Transition studios where Burial and kode9 also recorded. It’s rubbed off.

The band comprise two friends and a ‘beaten up computer’. This EP was apparently recorded in a bedroom over a six month period and self-released to cut out interfering record company hassles.

Do go and make friends…