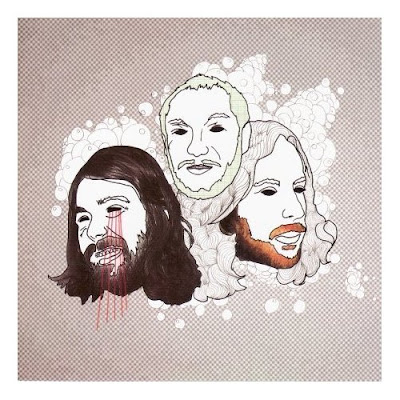 Last year, Biffy Clyro’s fourth studio album Puzzle took them into the big-time with a higher profile than they had ever had before. Yet this collection of singles from their time with Beggars Banquet gives an excellent insight into their earlier days.

To read their Beggars Banquet website is to be reminded of already how long Biffy Clyro have been around and how they have gradually grown while many of those that they toured with half a decade ago have long since fallen away (wherefore art thou now Llama Farmers, Haven, Hell Is for Heroes?) I first saw them live in January 2002 at Edinburgh’s La Belle Angele (a fantastic venue that burnt down later that year), supporting the late but fantastic Cooper Temple Clause. Biffy were great that night, though I had barely heard their music at the time, so I couldn’t tell you what they played. But they made an impression; of the twelve tracks on here, I bought seven of them as 7″ singles (as well as the three albums Blackened Sky, The Vertigo Of Bliss, and Infinity Land, all of which I bought on vinyl, natch).

How to describe Biffy Clyro’s sound? Like they admitted themselves, they’d loved Nirvana and Weezer, but the band, who grew up in Ayr and Kilmarnock before relocating to Glasgow were more than derivative. Listening to this compilation, I also hear hints of Husker Du and Shellac. Not forgetting their homeland, echoes of Scots contemporaries like Mogwai, Idlewild and Aereogramme (R.I.P) can be heard here. Biffy also made use of varying tempos and volume in their song, the scots indie idea of ‘quietquietquietVERYBLOODYLOUDQUIETISAIDQUIETquietthat’sbetter,’ often packing many ideas into one song that some artists cannot do in the space of an entire album.

If you haven’t heard songs like ’57’ ‘Justboy’ and ‘Questions and Answers’ then you really need to. Whilst there has been much sniping at their old record company from fans, see this as an introduction to this era. A ‘Greatest Hits’ this is not, ‘mon the Biffy!’ shout their fans, and indeed they continue to rise.