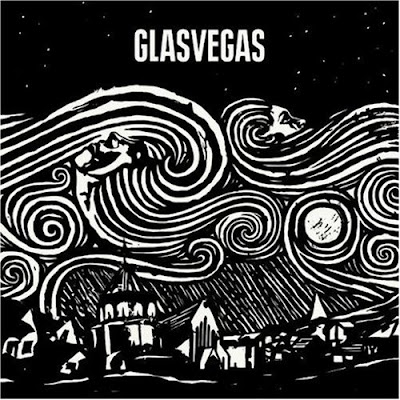 …And so here it comes. Possibly the most anticipated debut of the year, and one of the most anticipated debuts from Scotland ever. Unknown and unsigned a year ago, the fever of anticipation surrounding Glasvegas is such that you can already sense some people sharpening the knives, ready to cut them down to size. Sometimes I feel there’s a sense of ‘indie snob’ mentality ingrained not just on the scottish psyche but Britain as a whole.

Which is a damn shame, frankly. Because, forget that they’re getting so much civerage, Glasvegas deserve it, frankly. Over the course of 10 songs in forty-one minutes, this is a debut that sets out its’ stall and lives up to the promise like we needed it to. Right from the gorgeously long intro of ‘Flowers & Football Tops’ (re-recorded from its’ place as the b-side to the original version of ‘Daddy’s Gone’) to the final notes of Ice Cream Van, this is a brilliant album from start to finish.

Comparisons have been made with the Jesus and Mary Chain, Phil Spector and sixties girl bands, but Glasvegas are ploughing their own furrow (one which will hopefully not be filled with A&R men looking for copyists). There’s a desperate sadness and yet uplifting euphoria often at the same time. Perhaps Glasvegas have mastered the art of taking songs that can be as sad, lonely and angry as Elvis Costello’s ‘I Want You’ with the euphoria of the singalong songs from Oasis’ first two LPs at the same time.

‘Daddy’s Gone’ will almost certainly inspire-mass singalongs at festivals, and if this doesn’t move you, God help you. The angry retort of a boy whose Father has left the family can bring a lump to my throat, no matter how many times I’ve heard it. (Excuse me, just something in my eye. *Cough*). ‘Stabbed’ on the other hand is a short and ultra-bleak almost-meditation that takes Beethoven’s Moonlight Sonata as the musical background for its’ tale. And best of all, it’s one of those albums that you have to play again the minute it stops; this is starting to cause discussions in 17 Seconds Towers already.

Do yourselves a favour: I’ve been bigging up this band, and so have many others, for months. Know what? They deserve every bit of praise that comes their way.

Don’t copy this, go and buy it.