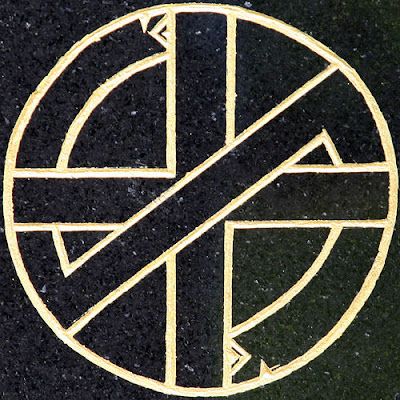 There are very few artists who have managed to have questions asked about them in the House of Commons, in fact I believe that the list is just John Lennon, UB40, the Sex Pistols and Crass. The latter ended up being enquired about because of their single ‘How does it feel to be the mother of a thousand dead?’ an attack on Thatcher and the Falklands War.

But I did track down this single, which deals with some of those who were offended by the aforementioned single, this one is ‘Sheep Farming In The Falklands.’

This was inspired because I picked up their debut LP, The Feeding Of the 5,000 today, with the wonderful’Do they Owe Us A Living?’ A fantastic riposte at the end of the working week…