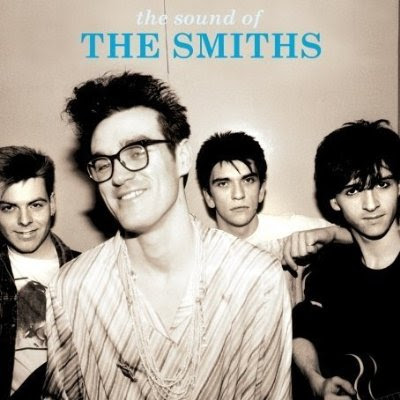 The Smiths -‘The Sound Of The Smiths’ (Warners)

Another year, another Smiths compilation? Well, of course, that does depend on which edition of this album you get. The selling point of this album, and surely the attraction to many of us is Disc 2, with many rarities (though still no ‘Work Is A Four Letter Word’).

Rather than dwelling on yet another Smiths compilation, let us focus on the music instead. For a band that were together for five years, with a recording career of four, The Smiths had a highly productive work-rate where the bar was set almost impossibly high for anyone to follow. Morrissey and Marr surely rate up there with Lennon and McCartney or Jagger and Richards as a songwriting team. They recorded so many classic songs that it’s hard just to focus on one or two…but if you’re a certain age and you haven’t heard these songs, what the hell have you been doing? ‘How Soon Is Now?’ remains my favourite. With its’ middle-eight:

‘Songs That Saved Your Life (referencing a track ‘Rubber Ring’, which is not included here) was the name of a book about the Smiths’ music, and the reality is that their music did just that. As a miserable teenager, wondering if I’d ever get a girlfriend, this song spoke volumes to me. Years later, it soundtracked the mid-twenties slump as my relationships soured badly, and it still soundtracked break-up misery. ‘Meat Is Murder’ was definitely a factor in me becoming vegetarian, and apparently one of the most influential things on many people becoming vegetarian over the last twenty-five years. I was marginally displeased when one school friend wrote ‘Sixteen, clumsy and shy’ inside my Christmas card one year, though it was probably very accurate. The night I freaked out listening to ‘Suffer Little Chidlren’ and that image of Myra Hindley (shudder) filled my head. The girl I fancied who I got into The Smiths, if even just a little bit (we’re still very good friends).

…and these are just my own stories. How many other people spent their teenage years clutching their Smiths records, living through them? Even repeated readings of Adrian Mole hadn’t prepared us for how sodding awful teenage life would be. Marr made it seem like you could be a guitar hero without being a prat, Morrissey that beiong a rock god was not all about being full of testosterone. The fact is, it’s not just about adolescence remembered, these songs are classic from any era. And yes there was misery (sometimes too much, ‘That Joke Isn’t Funny Anymore’ is the sort of thing that gave The Smiths’ detractors everything they needed on one seven inch single). But there was humour, dry observation, wit, and that music. When I heard The Queen Is Dead aged fourteen, it was pretty much a road to damascus moment. It wasn’t always easy getting hold of The Smiths’ music in the early nineties, with the collapse of Rough Trade; the studio albums were only avilable on expensive import from the US. Quite how four studio albums as strong as theirs were allowed to go unavailable is a mystery.

The music remains timeless. The second disc reminds us of tracks that perhaps fell a little down the list of how good they were – but I’ve loved listening to ‘Jeane’ ‘Please Please Please Let me Get What I Want’ and ‘Oscillate Wildly’ again.

So, we’ve heard these songs before. But why not once again?