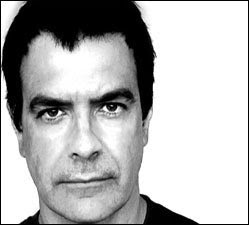 Gig Review: The Wedding Present/Sally Crewe and the Sudden Moves

Last year I was quite impressed when arriving at the Voodoo Rooms in Edinburgh for my gig of the year, Aberfeldy, to find that the man on the door was none other than Paul Vickers of Dawn Of The Replicants. This year, on arriving at the Liquid Rooms, the person selling the tees, CDs and bags is none other than Weddoes frontman David Gedge! He’s a lovely chap, and I’ll forgive him for the stuff the Weddoes didn’t play tonight.

Support band tonight is Sally Crewe and the Sudden Moves, who are about to release their third album. I hadn’t heard them before, but this Austin, Texas three piece will be investigated by me more properly as soon as. They play a wonderful take on angular, post-punk music that makes me think that the revival of this genre that has been reactivated this deacde may not be over yet, with hints of The Wedding Present and Pavement. They play their set in record time, and come on to finish with a cover of Roxy Music’s ‘Love Is The Drug’ which they manage to make their own. Sally Crewe resembles a young Tina Weymouth and before their set is over I’m vowing to buy their music.

The Wedding Present returned after seven years in 2004, and this is the third time I have seen them since they reformed. They are on fine form tonight. Taking to the stage for an energetic set, they tear straight into ‘Kennedy.’ Exhausted as I am -it’s been a strange, long week -the band make a blissful noise for the next seventy five minutes (no encore, obviously, they still don’t do those). Even if they don;t play latest album El Rey‘s best track ‘The Trouble With Men’ they do play tracks like ‘Don’t Take Me Home Til I Am Drunk’ and ‘What I Like Most About Him Is His Girlfriend.’ They do also play some killer tracks from their back catalogue ‘Interstate 5’ ‘Crawl’ and my favourite ever song of theirs ‘My Favourite Dress.’

It is rumoured that, following on from the twentieth anniversary last year of their George Best album that the band will do one for Bizarro. Whether this happens or not, I’m determined to see the Wedding Present every chance I get.

Note: you might want to read the comments page. Just saying…