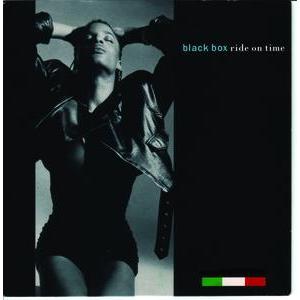 On New Year’s Eve, a friend turned round and said to me ‘Do you realise it’s now twenty years since Madchester?’

He’s right. I’d love to pretend that I went to Spike Island, and the famous Alexandra Palace gig, but the truth is slightly different. I knew the records but i was still a pop kid reading Smash Hits and enjoying records like this one.

This was described as Italia House, and if I’d been going out at this age, maybe it would have been tearing up the dancefloors. Either way, it was sure as heck tearing up the charts, and selling a lot of records. If memory serves correctly, it went to no.1 after Jive Bunny with their updated take on the Stars on 45 approach to record making went to no.1.

However, this was where sampling was being used to almost comical effect. The voice did not belong to Katrin, but was the sampled voice of Loletta Holloway. Two years later she’d be singing with,erm, Marky Marky (now better known and more respected as actor Mark Wahlberg, do keep up). This was a ‘cool’ record at the time – I remember reading an interview in Smash Hits with Graham Massey (I think) of 808 State, who said that they’d had ‘Ride On Time’ about six months before anyone else at the violently cool record shop Eastern Bloc.

Was this cut and paste? Well, not in the way that Grandmaster Flash or DJ Shadow might be. But then and now, it’s sure as heck cooler than sodding Jive Bunny. Don’t tell me this doesn’t bring a smile to your face…

…and here’s the video