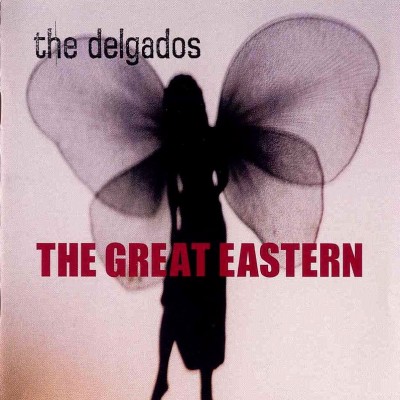 The Delgados third album, The Great Eastern was released in 2000. It wasn’t the album that got me into them -that was their sophomore release, Peloton, a couple of years previously. But it was the album where the fantastic four, Emma Pollock, Alun Woodward, Paul Savage and Stewart Henderson truly reached their peak.

This album is utterly, utterly sublime. It’s completely scottish, folky and indie and even psychedelic. This scottishness might seem to be in spite the fact that it was recorded in Upstate New York with Dave Fridmann (Mercury Rev, Flaming Lips). Then again, Transformer is totally New York and that was recorded in London, so that proves nothing.

It’s a ten track album, that just begs to be played again and again. It’s widely seen as their best record, and it’s nothing short of frustrating that despite the plaudits it got, it still didn’t bring the band the recognition they clearly deserved. Listen to the opening brass on album opener ‘The Past that Suits You Best,’ the dreamlike state of ‘American Trilogy’ or the killer bass line that forms the long, drawn-out coda to ‘No Danger.’

It formed the soundtrack to living in a damp Cambrdige bedsit, as I tried to work out if I wanted to be a teacher or not. Then I moved to Scotland, eventually setting up my own record label, dreaming that it could be as cool as the one the Delgados released this on, their own. It’s been an album that has stayed with me through the many highs and lows of this decade, through rain or shine, euphoria and despair. What more can I ask?

The Delgados -‘Accused Of Stealing.’ mp3

The Delgados -‘No Danger.’ mp3