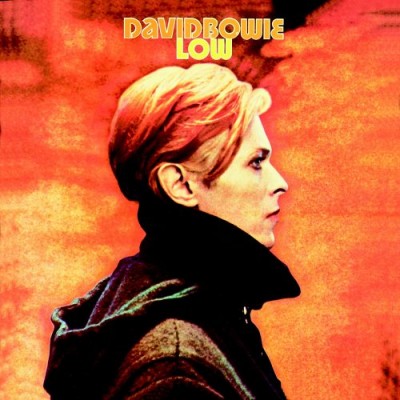 I actually ended up picking up Low in Holland on the same family holiday in 1994 that I got Ocean Rain. Odd, I guess, as Holland isn’t particularly regarded as a great place for vinyl enhusiasts (though Germany I do recommend). But from that trip came the Bowie album above all that grabbed me.

My first memory of David Bowie isn’t this album. It’s that duet with Mick Jagger. But that aside, I became gradually more and more obsessed with Bowie throughout my teens. Sure he had a bad second half of the eighties -though I would recommend that ‘Absolute Beginners,’* ‘Loving the Alien’ and ‘Time Will crawl’ be given a second chance. Thing is, they pale into insignificance with this album.

Maybe my obssession with the city of Berlin stems from hearing this album. I’ve never been there – but there’s something about the whole aesthetic of such widely different films as Run Lola Run, Wings Of Desire, Goodbye Lenin!, The Edukators and of course, the Bowie-soundtracked Christiane F. Low is famously the first of the three Bowie albums that make up the Berlin trilogy -the others being Heroes and Lodger. It might be pointed out that these albums are not all recorded in Berlin (Low was mostly recorded in France and Lodger in Switzerland), but the work that took place at the famous Hansa studios ‘by the [Berlin] wall sealed the reputation.

Low is very definitely divided into two parts; the first side has songs, the second side pieces that owe much to the influence of collaborator Brian Eno and producer Tony Visconti. It’s bleak in tone throughout, but particularly the second side, which has singing but not vocals per se. The titles alone give clues to the bleak delights herein -‘Weeping Wall’ ‘Subterraneans’ ‘Always Crashing In the Same Car’ and ‘Breaking Glass.’

Whilst side two is what seals it for me, I wouldn’t like to be seen as downplaying side one. If side two owes much to Brian Eno, then in the process of effectively inventing ambient music, ensuring that rock bands wishing to be seen as artistses would be queueing up to work with him for decades to come (hello U2, James and Coldplay), then side one owes much to Kraftwerk. ‘Sound and Vision’ is as good a pop song as anything from Ziggy or Aladdin Sane.Though Kraftwerk hailed from Dusseldorf, their album Autobahn had proved a huge influence on Bowie, as he looked away from the America that has inspired Diamond Dogs and Young Americans into the European sounding Station to Station, released the previous year to Low. It’s a cliche, but if British acts want to make money they look to America; if they want to make art they look to Europe (again, compare U2’s Joshua Tree Americanisms with the very European and Hansa-recorded, Eno-produced Achtung Baby).

No, it’s not an easy listen, but it rewards repeated listens. It’s bleak and beautiful, the soundtrack to a thoughtful if hardgoing film that may not have been made yet (think Threads if it was set and made in Berlin, before and after a nuclear bomb being dropped).

* the song, not the film