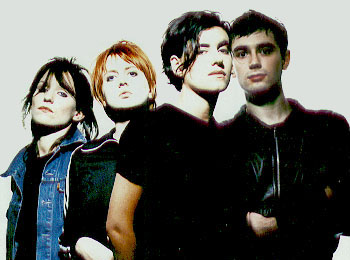 Was quite chuffed, as the 17 Seconds family ate tea this evening to the soundtrack of 6Music: Tom Ravenscroft (John Peel’s son, in case you are glacially slow on the uptake) started off his evening show with The Fall’s 1994 Peel session version of ‘Jingle Bell Rock.’ I remember taping that and ‘Hark! The Herald Angels Sing’ off that show back in 1994 (when the idea of mp3s seemed awfy futuristic) of a Christmas show.

That same show, Elastica did a couple of session tracks, in which they reworked a couple of traditional Christmas songs into Elastica tunes -and here they are! Yes, I have posted them in the past -they still make me smile and jump around like a mad thing.

Elastica -‘I Wanna Be A King Of Orient-Aah (Peel session).’ mp3