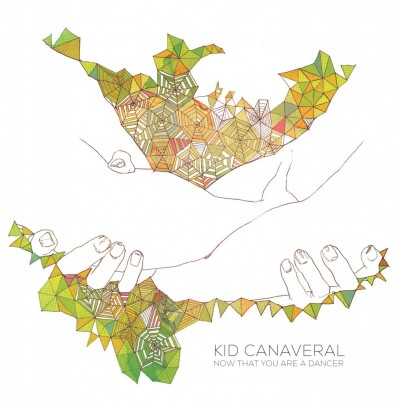 Kid Canaveral -‘Now That You Are A Dancer.’ (Fence)

It’s been three years since Kid Canaveral’s debut Shouting At Wildlife. And in that time, they’ve gigged like fury, signed to Fence and collaborated with head honcho King Creosote (yours truly was privileged to be DJing at the launch party for the Last Battle’s Springwell EP where King Creosote played with Kid Canaveral as his backing band as the support), and found time to write and record their sophomore album.

Now That You Are A Dancer isn’t a wild break from the template that gave us Shouting At Wildlife, but what they have done is to hone their act even further, and listening to the two albums side by side, it’s their new album that emerges the stronger. Kid Canaveral have always specialised in their own unique brand of indie-pop (that’s as opposed to stadium indie-landfilll-by numbers variety, by the way), and to listen to this album is to feel that it holds its own with the likes of The Pastels and The Wedding Present.

Amongst the highlights are album opener and first single ‘The Wrench’ and the rather fabulously titled ‘Breaking Up Is The New Getting Married’ but I’m also head over heels for the Kate Lazda-sung ‘Skeletons’ and ‘Without A Backing Track.’ (I look forward to her solo album when she feels so inclined>)

In writing my review for this new album, I decided to check out what I’d written for Shouting At Wildlife, three years ago. I’d concluded then that ‘…regardless of how long the second album takes, I’m sure it will be worth the wait.’ I was right, it would seem!

Now That You Are A Dancer is released by Fence on March 4.