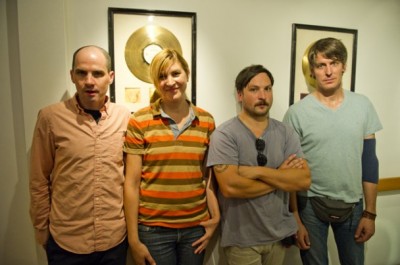 Even before Warpaint and Mogwai’s new albums are released on January 20, January 6 will see the sixth solo LP from Stephen Malkmus, credited to Stephen Malkmus and the Jicks. Its title is Wigout At Jagbags. As has been pointed out on quite a few sites already, this is more albums than he made with Pavement (Wrestling…was a compilation).

This is the first track to do the rounds, entitled ‘Lariat.’ It’s a lyric video – except the song’s lyrics are translated into French. Presumably for Mr. Malkmus’ amusement, one assumes…

The tracklisting is as follows: