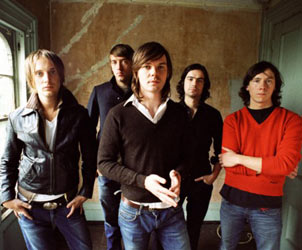 It’s funny how you can end up being selective with stuff over time. And it’s probably just as well that we go for quality over quantity when it comes to remembering music from certain years. It’s much easier to remember 1994 as being the year of Suede’s Dog Man Star, and the arrival of drum’n’bass, trip-hop and brit-pop rather than that bloody ‘Love Is All Around’ by Wet Wet Wet. 1977 is now remembered (including by people like me who were only a matter of months old) for punk and disco, rather than Wings having the year’s biggest hit with ‘Mull Of Kintyre.’

And what of 1988? The second summer of love. Public Enemy’s It Takes A Nation Of Millions To Hold Us Back. Nirvana making their debut with ‘Love Buzz.’ So what was the biggest selling single of the year? Umm, ‘Mistletoe and Wine’ by Cliff Richard.

A few years back Idlewild did their own take on this -again, not commercially released, and did it much better.*

*If you want to hear a decent Cliff Richard song from the last forty years, may I suggest ‘Devil Woman.’ My own father is a minister and he hated ‘The Millennium Prayer’ with a passion.