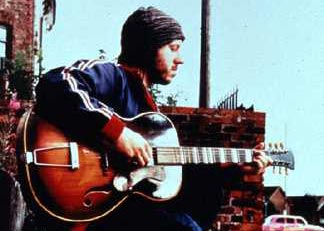 I sat in bed this morning, faced with two dilemmas; what to post about, and what to get my brother for his birthday (I have asked several times; he doesn’t know).

Anyway, the focus of the post is About A Boy: Book, Film and Soundtrack.

Like a lot of people, I read About A Boy when it came out. While High Fidelity presses the right buttons in terms of how a lot of blokes feel about music, and indeed, the male psyche (I know a lot of women who are passionate about music too, it’s just that the book managed to link both). About A Boy the book manages to deal with the male psyche with regards to the issue of settling down, and also (something that I see a fair bit of as a teacher) – Is it sometimes necessary to learn how to follow the crowd, at least a little bit, in order to fit in at school? Answer: Actually, sadly, YES. The book is brilliant and the film didn’t disapppoint either. Nice to see Hugh Grant doing something other than just playing Hugh Grant.

And the soundtrack…strange to think this was only Damon Gough’s second solo album. Coming between The Hour Of Bewilderbeast and Have You Fed the Fish? it’s actually my favourite Badly Drawn Boy LP. And the reason why I am posting it for our kid’s birthday is that I remember the pair of us dancing around his flat to this song, much to the delight/terror of his flatmates. Happy Birthday our kid!

Buy About A Boy O.S.T

Buy About A Boy DVD

Buy About A Boy by Nick Hornby

…and if the Badly Drawn Boy song has got you wanting more, try this, from his debut LP ‘The Hour of Bewilderbeast.’

Badly Drawn Boy -‘Once around The Block.’ mp3

Buy The Hour Of Bewilderbeast