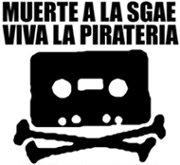 Every so often, you hear something that is just the equivalent of a putting your fingers in the plug socket…er, only in a pleasurable way, that is. A few years ago, on hearing the Rapture’s House Of Jealous Lovers 12″ I knew I would not be the same again.I have been trying to post on Norwegian band 120 days for a while, and finally I have! One of the things that held me up was as I tried to find out what was available usually pointed me in the direction of the place where (I am assuming) they took their name from, the Marquis de Sade’s The Last 120 Days of Sodom. I have also struggled to find a useable photo. I haven’t read the book, but I did track the band down to their myspace page and also to Vice Records, where the following mp3 comes from:

Also go to 120 days on myspace where there are two other tracks to stream, So This Is Suicide and Sedated Times. These tracks are less krautrocky but still have something amazing.

The myspace seems to be their only website, but if i get any more information I will post it here. Come Out is one of the most amazing tracks I have heard so far this year. As far as I can tell, the album will be out in October in the US and Norway, but there is no listing for it on amazon at the moment.

Another band who are making my ears tingle appreciatively..hand on, cat, off my shoulders when i’m trying to type…er, make me want to know more are London band Scanners:. They remind me of the Duke Spirit, Life without Buildings and THe Pretenders. See what you think…

Buy their album Violence Is Golden