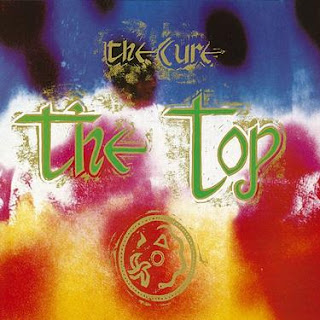 By the end of 1983, The Cure seemed to have it made. After all the years of being a cult act, if a highly revered one, they had shown that they were more than a goth/raincoat band, and broken through into the charts. The two core members, Robert Smith and Lol Tolhurst, had put the sacking of bassist Simon Gallup behind them, and were having hits. Pop hits. ‘The Walk’ had reached no.12 and ‘The Lovecats’ had reached no.7. So, a pop album was to be the next thing, surely?

Surely not. If history has told us anything, it’s that geniuses are anything but predictable (Who would have thought in 1975 that two years later David Bowie would have fled Los Angeles and plastic soul for Berlin and electronic music? Still if we knew the winner of the Derby in advance, we’d all be rich).

The Cure’ next album The Top is arguably the nearest Robert Smith has ever come to putting out a solo album under the moniker that has served him and his merry men for thirty years. The album credits Smith as ‘Instruments and voices’, Lol as ‘Other Instruments’ and Andy Anderson on drums with Porl Thompson on saxophone. The single released from the album ‘The Caterpillar’ might have seemed like a logical progression from ‘The Lovecats’ but it’s almost out of place on its’ parent album.

Psychedelia is the name of the game here. Whatever drugs Mr. Smith and his merry men were ingesting -hallucinogenics, he has indicated subsequently-were giving him some bizarre visions. The album isn’t as gothic as Faith or as downright terrifying as Pornography, but there must have been some innocent souls who were freaked out by what this band had done in the space of a few months.

The lyrics seem bizarre-still plenty of animals but lots of blood and paranoia. Musically this is one of the Cure’s most adventurous albums. Not in terms of ‘How many styles can we cram onto one album?’ (see 1996’s Wild Mood Swings for that), but just how way out it sounds.

This album can seem inaccessible at first hearing, and yet, like so mnay of the best albums, repeated listenings reward. There are moments of utter gorgeousness, like ‘Dressing Up’, though the later live version on Paris is even better. Title track and closer ‘The Top’ is one of the most atmospheric things The Cure ever committed to vinyl. ‘Wailing Wall’ can take you to that very place, truly hypnotic with the riff invading your brain.

Within a year, the Cure had changed their lineup again, and released an entire album of pop songs, the rather gorgeous The Head On the Door. That’s another story, and one when The Cure were truly a band. But for sheer experimentalism, maybe The Cure, for better or worse, never sounded like they’d messed with their audiences expectations -or heads!- in this way again. Yet… : )

The tracks will be up for a week only. If you like what you hear, buy The Top here.