OK, I know a few people are bound to end up splitting hairs over this, given that you can get the tracks on iTunes (certainly iTunes UK, I know, cos I’ve just been there to check), and that maybe these should be for ‘covers’ posts, but anyway…

I’ve put these in together, because they do belong together, sort of. 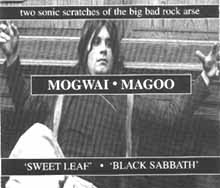 Back in 1998, Mogwai and Magoo were two of the brightest stars of the Chemikal Underground stable. At the time, London indie Fierce Panda were given to putting out fantastic split singles. They got the two bands together to record a cover apiece of a Black Sabbath song. Magoo did ‘Black Sabbath’ and Mogwai did ‘Sweet Leaf.’ And here they are: 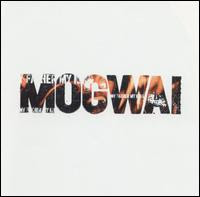 Mogwai are frankly one of the most brilliant bands ever. They know their influences and yet there is no-one like them. And if they decide that they are going to do a single that is the cover of a jewish prayer, and it is over twenty minutes long…well, who’s going to stop ’em? Inevitably ineligible for the charts, it was still one of the most brilliant singles of that year, up there with ‘Get Ur Freak On’ and ‘Can’t Get you Out Of My Head.’

Like I say, if you like these, then buy them. The links will be up for two weeks, due to the aforementioned honeymoon.