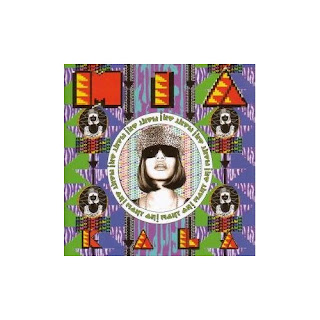 In 2005, M.I.A released her debut album Arular. It was an album that demanded attention, uncompromising yet catchy, hard as nails, yet utterly irresisitible. Hell, even the skits on the record were worth it. Named after her Dad, too.

And two years later, she delivers a second album Kala, named after her Mum, that shows she hans’t stood still at all. She continues to draw on her Sri Lankan heritage to deliver cooler than thou raps, yet this album is truely world music, recorded across three continents and mixing in some fantastic samples that include didgeridoos, indian pop, and Jonathan Richman and the Clash.

‘Jimmy’ could get any disco moving, and ‘Mango Pickle Down River’ reminds us that there’s indigenous music being produced in Australia that deserves a bigger hearing. From the opener ‘Bamboo banga’ to the closing ‘Come Around’ featuring producer du jour Timbaland, this is one of the most essential albums you will hear this year.