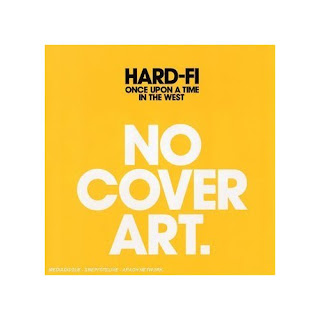 Album Review: Hard-Fi ‘Once Upon A Time In The West’ (Necessary/Atlantic)

For anyone who thinks I only ever write positive reviews, this is definitely not one of them. And I write this with a real sense of disappointment.

In 2005, when Hard-Fi released their debut album, Stars of CCTV, it rightly attracted positive reviews and commercial success, dragging along increasing numbers to shows. When a colleague in the music department at the school where I was teaching at the time was teaching them how to play ‘Cash Machine’ I knew Hard-Fi seemed to have made it.

Yet somehow, the follow-up just does not do it. It should be stated that it’s not an awful album, but it’s not a satisfying album. The songs are not bad, but feel like an album of offcuts from …CCTV. They may work better live, but the production here removes any sense of edge. Tellingly, first single ‘Suburban Knights’ is the best thing here.

Of course, it’s worth remembering that history has produced many bands whose second albums have been disappointing. Two that spring to mind are the Jam’s This Is The Modern World and The Clash’s Give ‘Em Enough Rope. These are two bands you can safely bet have influenced Hard-Fi and whose third albums pretty much confirmed their place in the canyons of the greats.

I’ll still go and see you live, guys, but please, for your next album, remember what made you great. This is a disappointment. And it hurts to write that.