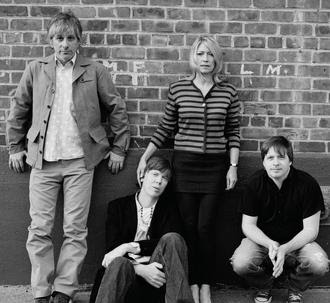 The year I was fourteen (1990-1991) was not a great one. Let’s just say I hit adolescence, with all the pain, angst and trouble that brings. However, I’m still in touch with some of the people I became friendly with during that time, and as a secondary teacher (High School teacher for US readers) I can at least reassure those I teach that it will get better.

If there was one thing I got out of that miserable year, it was my introduction to ‘indie/alternative’ music -and this was in pre-Nevermind times. For my fourteenth birthday, I got the Rolling Stones’ Hot Rocks 1964-1971, The Sex Pistols’ Nevermind The Bollocks, Here’s The Sex Pistols and erm, The Clash’s Cut The Crap (yeah, I know, but I didn’t have someone to advise me). Bought for me on cassette (this was 1990, remember) by my long-suffering mother, but requested by me, this was the start of it. Then the following month, staying with a friend in London who was a year or so older (and that’s significant when you’re in your teens), played me Jane’s Addiction’s Ritual De Lo Habitual and Sonic Youth’s Goo. 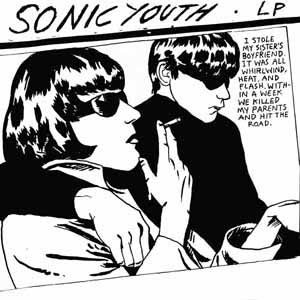 From it’s cover alone, with it’s pop art sleeve and the droll ‘I Siole my sister’s boyfriend. It was all whirlwind, heat and flash. Within a week we killed my parents and hit the road’ this was something else. Then I heard ‘Dirty Boots.’

In time, of course, I heard other Sonic Youth albums, particularly Sister and Daydream Nation.

From Daydream Nation (released in 1988)

Whilst on holiday in Italy last week, it occured to me that I could do a Sonic Youth cover versions posting. I know I’ve posted these first two here before, but they really are classics:

Sonic Youth -‘Superstar (the Carpenters cover).’ mp3 (This can be found on the Various Artists If I Was A Carpenter album. This dates from 1994).

Sonic Youth -‘Into The Groove(y) (Madonna cover).’ mp3 (This was originally a 7″ as Ciccone Youth (Jeez, do I have to spell this out? Ciccone was Madonna’s maiden name) and then released on the Ciccone Youth’s The Whitey Album, which is still available, and on the 1995 Sonic Youth compilation Screaming Fields Of Sonic Love.

(I don’t know much about Crime but their original version of this track came out in 1976, and they were part of the seventies New York Punk scene. This can be found on the aforementioned Sister album)

Finally I mentioned the Daydream Nation album earlier. This has recently been re-issued with fantastic sleevenotes (yes, this is why I buy albums as opposed to just downloading them. Plus I have a concentration span of more than two seconds) and a second disc of live performances and four cover versions:

Sonic Youth -‘Within You Without You (The Beatles cover).’ mp3

(This was originally recorded for an NME Charity compilation, Sergeant Pepper Knew My Father to raise money for the then fledgling UK charity Childline. A whole host of artists, including The Fall doing ‘A Day In the Life’ covered songs from The Beatles’ Sergeant Pepper’s Lonely Heart’s Club Band Perhaps most famously, was the double a-Side of Billy Bragg doing ‘She’s Leaving Home’, and Wet Wet Wet doing ‘With A Little Help From My Friends.’)

(This was a cover of the seminal mudhoney single, in this case recorded for a split Sub Pop single with Mudhoney covering the youth’s ‘Halloween’ (from Bad Moon Rising on the other side).

(This was from a 1989 compilation called The Bridge, in which various artists covered Neil young songs and the proceeds went to The Bridge school in California, whihc Young has long been a patron of. The album also feaures Loop doing ‘Cinnamon Girl’ Flaming Lips doing ‘After The Goldrush’ and Psychic TV doing ‘Only Love Can Break Your Heart’ (which of course would be covered a year or so later by saint etienne in a radically different form again))

(Cannot claim any knowledge about this. Any info gratefull received etc..)

All these tracks are available so if you like what you hear then please go and buy them. If you are looking for starters on how to get into Sonic Youth, I suggest you get the compilation Screaming Fields Of Sonic Love, Goo, Daydream Nation and Sister. If you buy Evol, make sure you get it on vinyl, it literally lasts forever…