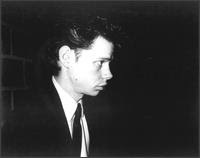 No Wave was a short-lived but influential music and art movement in downtown New York in the late 1970s and 1980s. The name was a reaction to the sanitised Punk Rock trading uner the name ‘New wave’ for those people who wanted a sanitised version of punk (arguably, like nicotine-free cigarettes or alcohol-free lager -and that’s coming from a teetoal, non-smoker!)

I’m not an authority on this period in time, hell, I was only born in 1976 and I didn’t get to visit New York until this decade, but the thing that intrigues me is just how people pushed art to its’ limit. Some were reacting against punk’s ‘three chord good, four chords jazz’ constraints, realising that if you wanted to really push the boat out, then jazz actually could do that far more more than just three chords. In Simon Reynolds’ utterly essential book Rip It Up And Start Again, he quotes Lydia Lunch as saying ‘I hated almost the entirety of punk rock, I don’t think No Wave had anything to do with it.’ Adele Bertei, keyboard in the Contortions said that James Chance was ‘like a Jackson Pollock painting’ he was so explosive. Perhaps the most famous group to emerge out of the scene was Sonic Youth, but many of the main players went on to seriously push the buttons not only in ‘Rock’ music but in ‘Jazz’ and ‘Classical’ too. I use the quote marks because the No Wave bands and artists managed to push the buttons so far that labels or genres started to buckle.

Anyway, here’s a small sampler of some of the wealth of music out of that scene.

Glenn Branca played in Theoretical Girls and The Static before becoming a composer, working with Sonic Youth amongst many others.

These two tracks are from the Glenn Branca ’77-79 compilation, which ties up his work with Static and the Theoretical Girls:

These two tracks are from his early solo releases. This is from Lesson No. 1, released in 1980

…and this is from The Ascension, released in 1981

James Chance was originally in Teenage Jesus and the Jerks with Lydia Lunch, before forming The Contortions, and then James white and the Blacks. He semi-retired but has toured recently and even played saxophone on Blondie’s No Exit album in
1999, and played in Aberdeen. He embraced disco – heresy on the punk scene, and The Rapture, both pre-and post ‘House Of Jealous Lovers’ owe him a helluva lot.

Rhys Chatham was another contemporary of the scene, who played with both Thurston Moore and Glenn Branca (whether it was Branca or Chatham who first had the idea of composing for 100 guitars -or more- is discussed in certain circles). Chatham started out as a piano tuner for the likes of La Monte Young (who was a huge influence on John Cale)

Finally, just to prove that Jazz can push boundaries, here’s a 1982 track by Sun Ra and his Outer Space Arkestra -‘Nuclear War’ which was later covered by Yo La Tengo (available on the Prisoners Of Love compilation).

Like I say, there are people who know far more about this than me, so I suggest you consider Simon Reynolds’ book, the No New York compilation, the New york Noise compilations on the fantastic Soul Jazz record label, and the Rough Trade Post Punk 01 compilation, as well as investigating the names above.