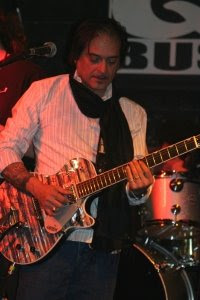 To my shame, I hadn’t heard of Frank Carillo before being sent this album. And I really mean that.

Frank Carillo has played with many people in the music business over the last thirty five years, and supported even more (the press release reads more like a CV!) But even if this was the first and only record he ever made, this fourteen-track collection of songs is absolutely stunning. Carillo plays an excellent bluesy, rootsy type of Americana that is astonishingly easy to love. Right from the opening track ‘Roll The Bones’ this is a man who can write songs and grab your attention very quickly. Several tracks have been played more than once as I set about reviewing this record which turned out to be no chore, but a delight.

Carillo talks about travelling and the girls he’s met on the way. His voice is a mixture of Bruce Springsteen and Bob Dylan, if the latter could actually sing (c’mon, that Emperor has been stark naked forever). The urpright bass of Karl Allweier is also something that adds hugely to this record.

So, no, not the sort of record I tend to listen to often, but if you let that put you off, you’re missing out on a gorgeous treat. To good to remain a secret.

Someday is out on Jezebel records on March 17.

Frank Carillo and the Bandeleros -‘Roll the Bones.’ mp3