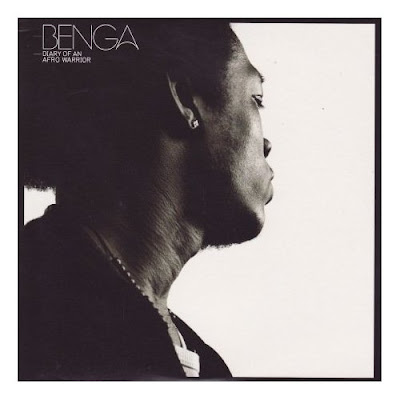 Whilst UK garage didn’t do much for me, the atmospherics of Dubstep have produced some of the most bass heavy and genuinely Urban sounding and feeling music since Massive Attack’s Mezzanine album in 1998. As with many genres, hardcore purists (for which read: elitists who can’t bear anyone else daring to listen to it) may debate about where the scene is going, but last year’s sophomore from the ultra-enigmatic Burial Untrue showed that there was some mighty music being made. I compared it to being the offspring of Massive Attack and Mogwai, in the way it was just so other.

Four months later, and the debut from Benga may well be the next massive album to emerge from Dubstep, and people who have loved the Burial and Skream albums may find much to enjoy here. Second track ‘Night’ (credited to Benga and Coki) was the first Dubstep track to be playlisted by daytime Radio 1 in the UK. But it’s more upbeat than Untrue without being more commercial. What it does share though, is the sense that here is an album from a particular dance genre that works as an album rather than selected 12″s that have been cobbled together and rewards with each and every listen. As with any genre, Dubstep has not arrived in a vacuum; there are hints of electro on ‘Someone 20’ and drum ‘n’ bass on ‘Light Bulb.’

In an interview in this month’s issue of The Wire, Benga suggests that is a dancefloor album, which certainly would enable anyone to appreciate it with the right sort of volume. He seems at pains to be developing his sound and keeping fresh. As with Burial (sorry to keep going back to that album, but I’m still reeling from the sheer amazement of it all these months later) there are few vocals. The album doesn’t need them.

This would be an impressive album by anyone’s standards, and any genre’s, but the fact that this is Benga’s debut is all the more impressive.

See the video to ‘Crunked Up’ by Benga here at YouTube