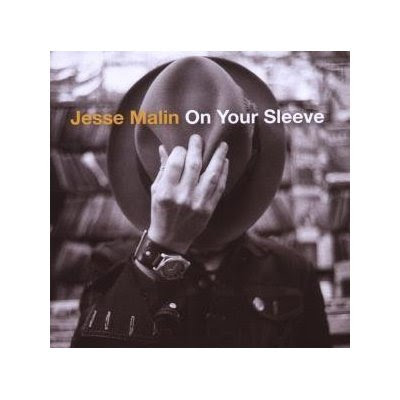 Jesse Malin -‘On Your Sleeve.’ (One Little Indian)

Oh dear God. Listening to this album from start to finish has seemed like a waste of an evening.

I should be honest: I don’t have a problem with covers albums per se, and as someone who posts a fair amount of covers nor should I. Hell, I even like Siouxsie and the Banshees’ Through The Looking Glass album.

There isn’t anything wrong with Malin’s voice which is pleasant enough, aiming as it does for Ryan Adams but sounding like the poor man’s David Gray. The songs he has selected here include utter classics that I enjoy in their original form, though if you are going to cover the likes of Lou Reed’s ‘Walk On the Wildside’, The Clash’s ‘Gates Of the West,’ and Paul Simon’s ‘Me and Julio Down By the School Yard’ you need to do them justice, and you need to rework them. Instead, the end result feels bland and unexciting.

This album would be fine if he were playing live in a bar performing covers, where you’d probably sing along and think how great he was. But as an artist who’s already released several albums, this feels like an utter waste of time.