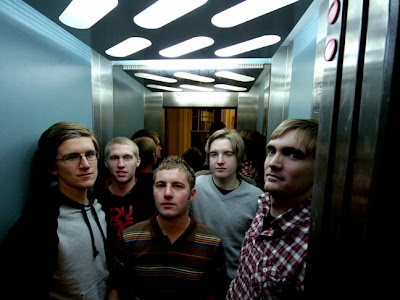 Sigh. I feel a little bad about what I’m about to write, but I feel it’s best to be honest.

I was really looking forward to hearing this album. I think ‘The Hope Will Kill Us’ is a great track and it’s been on a best of 2008 playlist on my iPod for several months. However, several plays of the album later, and I’m forced to conceed that I feel this album is rather uneven, particularly in the first part. It reminds me of the Electric Soft Parade, a band from the early part of the decade, who promised much but ultimately delivered little.

Having been sent this album because I requested it, I feel bad that I’m not focusing enough on the positives of it. I like the trumpet playing, and I feel the album picks up about track six of twelve. But the two openers ‘The Big Adventure Part 1’ and, uh ‘The Big Adventure Part 2’ seem to mislay the pace a bit. Yes, of course albums should be rich and diverse tapestries. But somehow despite some very good songs, it doesn’t seem to hang together to these ears.

I know, this is the product of a lot of people’s work and that blood, sweat and tears will have gone into this. I still haven’t forgotten how much I liked -and still like – ‘The Hope Will Kill Us.’ So, sorry guys, close but no cigar. THe album doesn’t cut it for me. But I hope i get to hear your second album, and I hope that I ‘get’ it better.

The Dawn Chorus -‘The Hope Will Kill Us.’ mp3