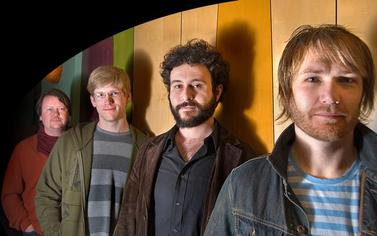 Yet another band who have been sitting in my inbox for quite a while. Apparently their second album Smile Like You Are Somewhere Else came out in 2006, but these tracks are still pretty amazing.

The band hail from Albuqueque, and to these ears sound like a post-punk version of Husker Du and early REM (yes, I know both these bands were post punk) and have a certain amount of catchiness. They’re very American, and sound very cool. They also sound like the ideal soundtrack to warm afternoons at festivals. We here in Scotland can but hope…

Apologies it’s taken me a while to feature you guys, but i hope the 17 Seconds readers will like what they hear.