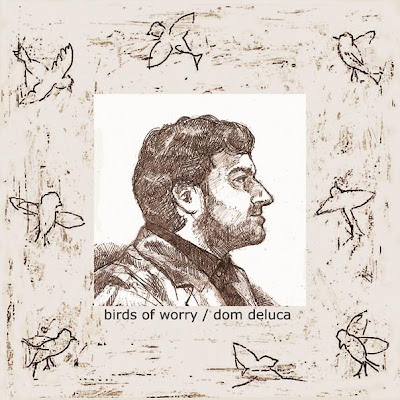 Canadian Dom Deluca’s first album is a joy from start to finish. A twelve song collection of self-penned songs, I’ve enjoyed the several listens I have had of this album.

If less is more, then the sheer simplicity of much of this album makes for something of pretty high stauture. Often just himself and an acoustic guitar, this is a quietly very effective listen. Driving around town in a mood that could be described as very black, the lightness of touch of the musicianship, the songs and his voice, couldn’t fail to lift my spirits. He clearly wrotes from the heart, and his affection for Toronto and Canada comes through on this album, without any petty nationalistic concerns, which is particularly admirable.

The album doesn’t re-wrote the rock hand book, and I’m even less sure what ‘folk’ means with every year that passes. As Morrissey once sang ‘and I thought that if you had an acoustic guitar/that it meant that you were/a protest singer.’ Dom Deluca is not a protest singer, I don’t want to pigeonhole him, other than to say: File under damn fine singer-songwriter.