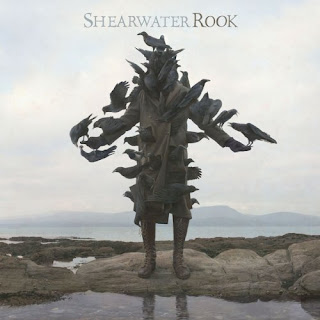 Oh, wow. I was expecting something good, given the acclaim, chinese whispers and the fact that it’s on Matador but not …this.

I want to this to be a considered, thoughful review and to try and keep me excitement under control. But the reality is that I think this is one of the albums of the year. I’ve reviewed many of the sixty plus albums I’ve heard this year, and this really is up there with the best of the best (thank you, Top Gun).

Jonathan Meiburg’s voice is the first thing that gets you. Think Antony Hegarty, Baby Dee, Jeff Buckley. That good. And then there’s the instrumentation. What’s impressive about this album is that there’s aspects here that could appeal to Muse fans, but there’s enough wondrous delight and experimentation that The Wire should be covering this band too.

It surprises you too – ‘Century Eyes’ remins me of Richard Thompson, but then I wouldn’t want to pigeonhole this all under folk-rock. (I wouldn’t want to pigeonhole Mr. Thompson either, but you get my drift). It’s almost pastoral, think late Talk Talk (Spirit of Eden), Virginia Astley (From Gardens Where We Feel Secure), John Cale’s Paris 1919. Maybe even Cale’s onetime bandmate Nico’s Desertshore, without being so dark or parts of latter-day Radiohead.

Could this be a commercial breakthrough for the band? Oh, who knows. This record is too good to be kept a secret, and whether the general public pick up on it, only time will tell. Amazingly, it’s only 35 minutes long, and not the sprawling release some might imagine.

But buy yourself a copy. This is a record you will want to live with and savour for a very long time.