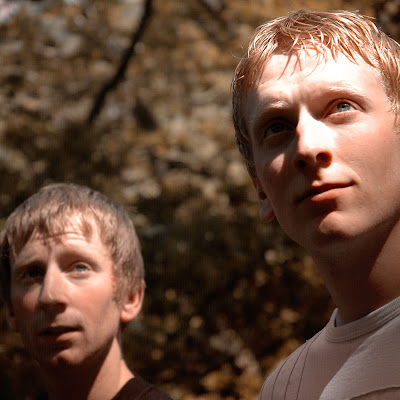 Last night I was listening attentively to the Tom Robinson show on 6Music, partly because the man himself had emailed to say that he would be playing the first release on 17 Seconds Records the single ‘Claire’ by Aberfeldy. (let this be known: to his eternal credit, Mr. Robinson said he would actually buy the single off iTunes. Now that is the sort of support that restores your faith in human nature).

Whilst waiting patiently, he played a version of ‘Hallelujah’ the song written by Leonard Cohen that first appeared on Cohen’s Various Positions in 1984. It has been subsequently covered by many artists including most famously, Jeff Buckley on Grace, but also Rufus Wainwright, Bob Dylan and John Cale. The version played last night was by Cale’s fellow Welshmen Brigyn. It’s called ‘Haleliwia.’ Yes folks, it’s sung in Welsh. Obviously, it’s not the first band to sing in Welsh, thinking of Catatonia, Gorky’s Zygotic Mynci and of course, Super Furry Aniamls, who made fantastic album called Mwng, sung entirely in Welsh back in 2000.

Now, what Tom Robinson is proposing is that a campaign be started for it to be the Christmas no.1. Is it possible? It would be great. they previously recorded a version of this a little while ago, but as I understand from the programme last night, apparently it’s taken a while for Leonard Cohen to give his OK to releasing this.

Well, I’d obviously love Aberfeldy’s ‘Claire’ to be the Christmas no.1 single, but if not, this would be pretty cool. And besides, sticking the boot into the likes of the likes of Simon Cowell’s latest monstrosity, on principle, is surely necessary.

The single isn’t due to be out until the end of November, I’m not even sure who’s putting it out but hear it here. Pop along and make friends, and spread the word.